Easter means 2 things (in terms of food); chocolate and hot cross buns. The later being a must on the table for Easter Sunday breakfast or afternoon tea (or both).

For this recipe I tried infusing an earl grey tea flavour into the milk and raisins to combine the 2 things that are enjoyed by most this Easter.

This year I made enough hot cross buns to last a lifetime, but I am sure they will be eaten before I know it!

Gently heat up the milk and butter with the tea bag, leave to infuse for about an hour- the longer the more concentrated the flavour

After an hour add the egg and mix all together

In a large bowl, mix the flour, sugar, salt, ground cinnamon and yeast

Remove the tea bag from the milk, then pour in to the flour and mix together using a wooden spoon or electric beater 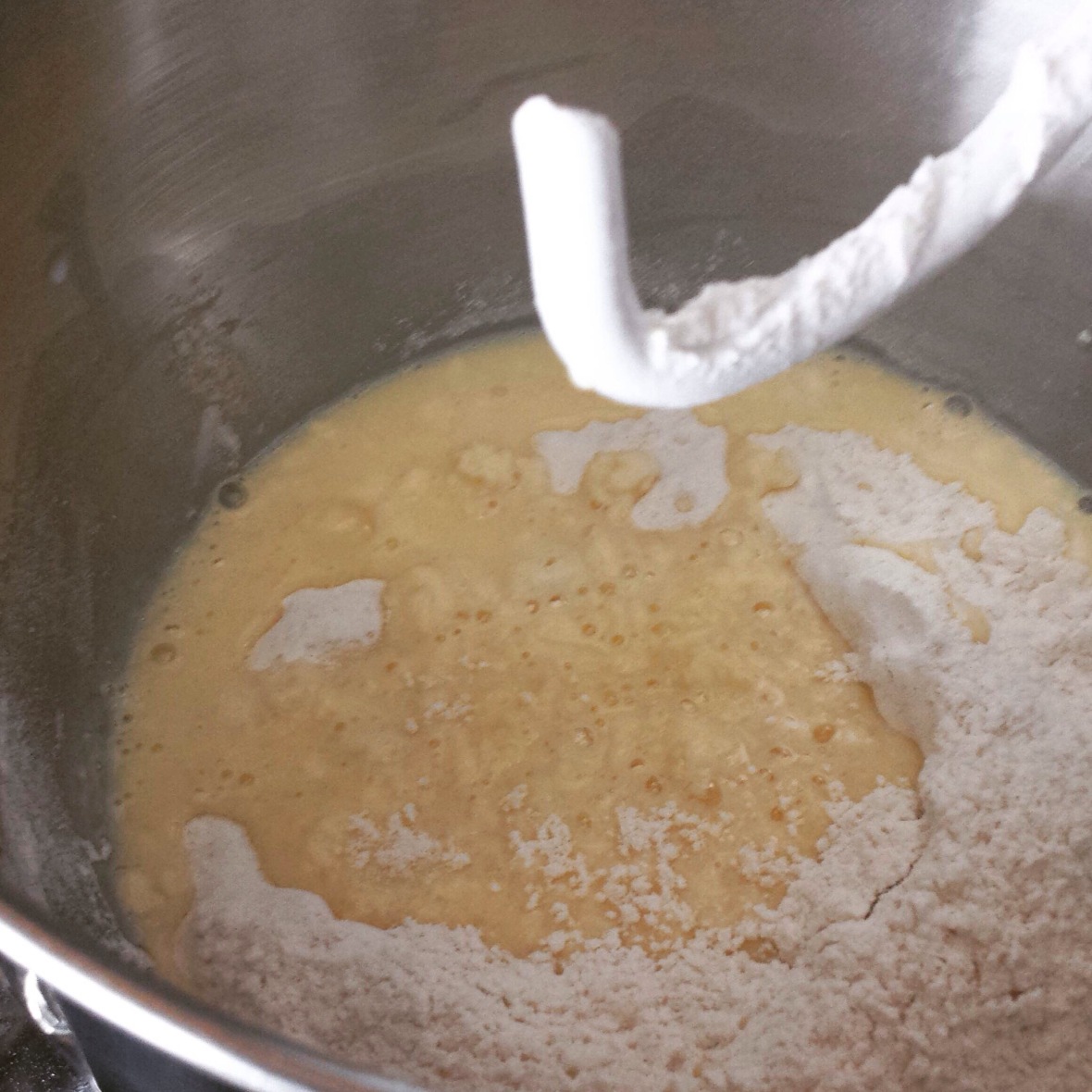 Lightly oil a baking sheet, then add the dough and cover with an oiled piece of cling film. Then leave to rise for about an hour until doubled in size

Divide the dough roughly into 10 balls, places each one onto the oiled baking sheet, cover again and leave to rise for about 30 minutes 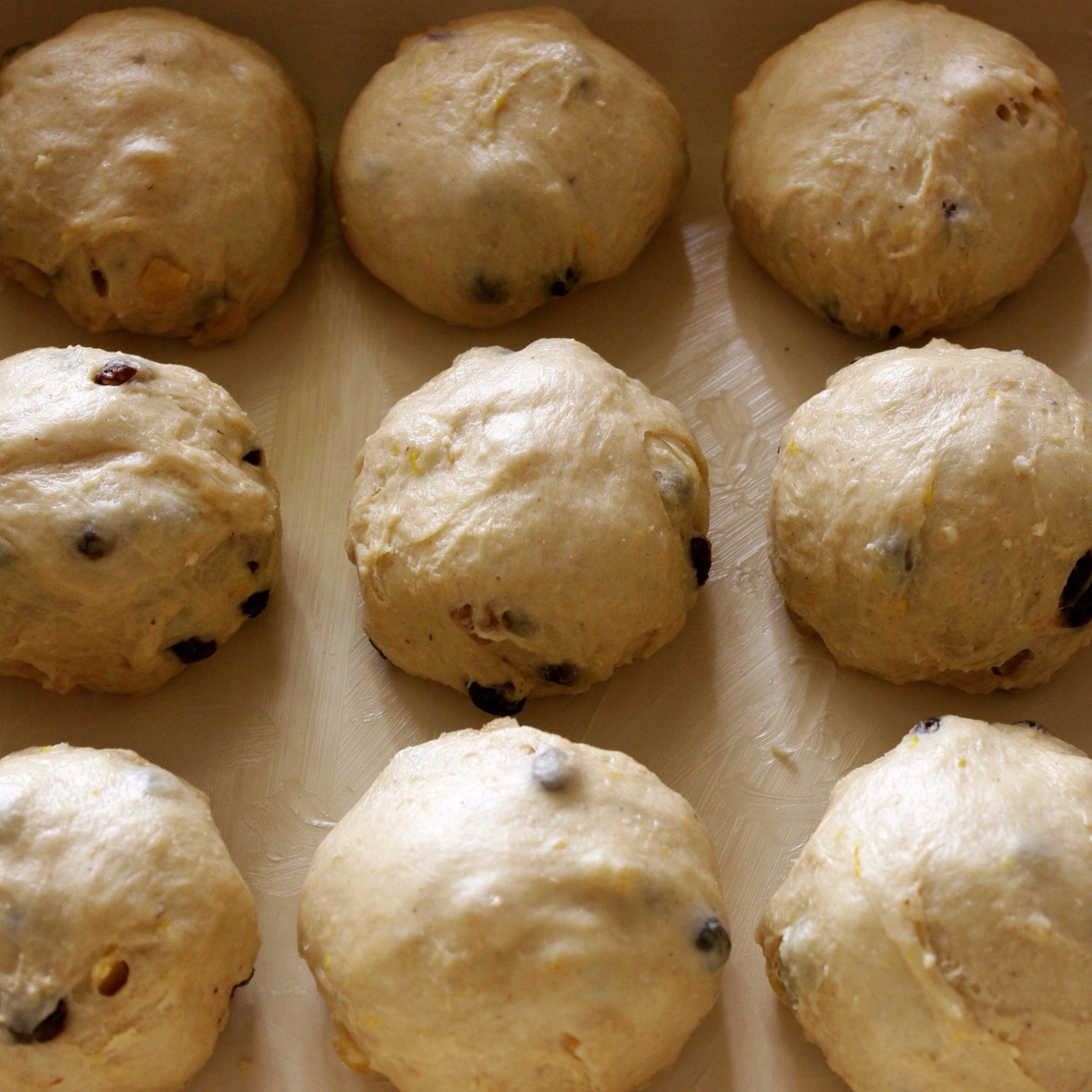 Meanwhile preheat the oven to 200oC

For the cross mix the flour with just enough water to make a paste, then transfer into a piping bag

Pipe a cross over each bun

Add to the oven and bake for 15-20minutes

To make the glaze, mix the milk and sugar in a saucepan and bring to a simmer until the sugar has dissolved

Glaze the buns with the sweetened milk once the buns have just come out the oven, for the final finish 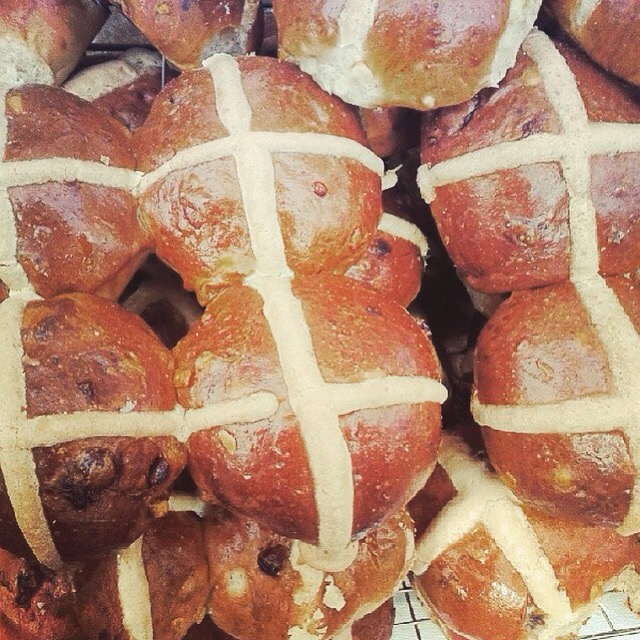